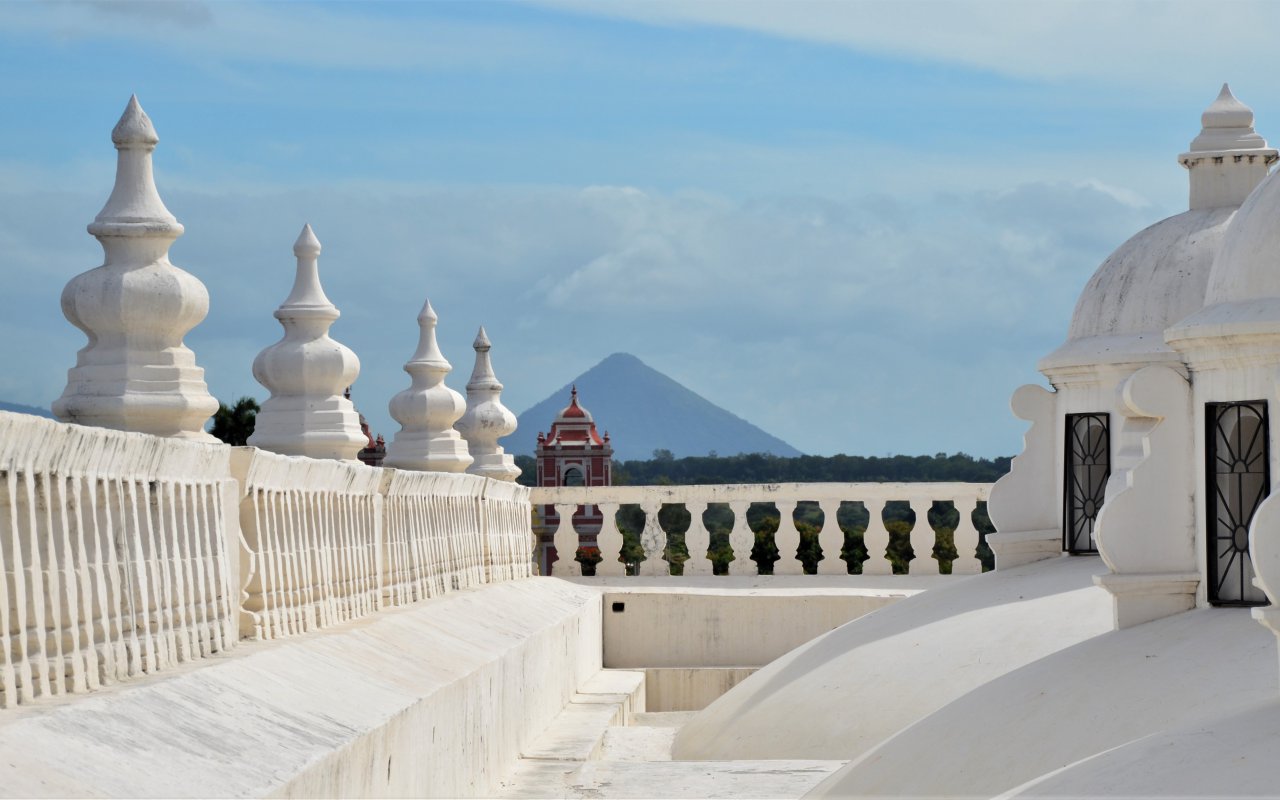 A pack of lions welcomes you at the entrance of the city, on the south side, towards Managua. You understand the Spanish translation of the word lion: Léon. Two lions watch over the stoop of the village church. The huge cathedral of La Asunción can be seen as soon as you arrive in town, on the way down and then up to the market. I lived in León for over a year. One and a half blocks from the market. You might say I had an unusual address: we never received letters or packages. Léon is a student city: dynamic colonial and lively. The capital of the revolution! Admittedly, you feel at home very quickly. It’s warm, not very touristy yet, the local population is rather young and welcoming. The golden age of tourism in 2017 gave us a taste of the city’s potential with new local initiatives and other projects in this city that is, despite the thick atmosphere, dynamic and explosive. 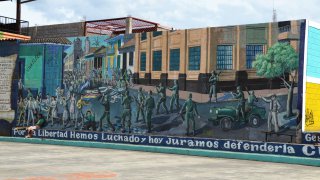 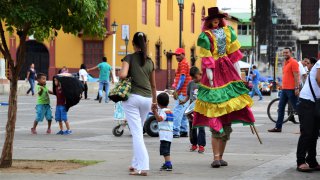 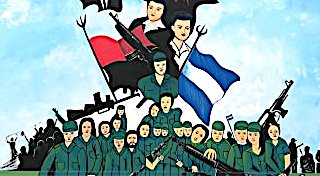 Formerly a great bastion of the Sandinista revolution of the local seventies, a rather violent area far from ideas of peace and love, the city is a place of pilgrimage for some. For it is here that the movement and the future national pary set up a new government after the flight of Somoza. This is the FSLN: the red and black. Here, the word was given back to the people. Besides, didn’t Stendhal famously say that “Word is given to man to hide his thought?”

All this to impress upon you the historical side of one of my favorite cities.  On the mystical and religious level, you’ll also find a lot of things to see and do, as there are more than a dozen churches in Leon. I am not talking about the numerous religious processions that take place in this holy city… Candles, songs, parades and cheap alcohol often offer good shows and professions of faith. 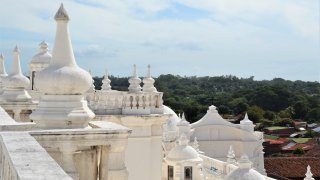 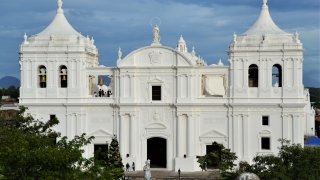 There is a warm atmosphere here, a smell of gunpowder maybe, the frescoes and other colored facades with the colors of the Sandinista Front of National Liberation or enthroned proudly with the faces and profiles of the great martyrs of the movement give colorful atmosphere to the city. Numerous electric wires and other illegal connections fly over the high and narrow sidewalks that you’ll walk along. The sidewalks, paved for pedestrians, are curiously high: be careful as you walk! You can imagine that the torrential downpours that occur here during the rainy season. You’ll come across many stores and marketstalls, mainly food…it is important to have good food here. Get lost in the cuadras, between its blocks of houses, and criss-cross your way through the long one-way streets that connect the city. The heavy gates and doors of colonial houses often open up to real surprises: huge spaces with trees and flowers surrounded by rooms, patios and secrets. Each house has its own history, it’s own family, both modest and more sophisticated.

A short visit to Leon will leave you full of regrets: Léon deserves a few days and the chance for a few surprisees. You will lock eyes with one of lions at the main entrance of the city one last time as you leave. If you glance to the right, you’ll see a field home to two local teams…I’ll let you guess the name of the baseball team (defending champion) of this beautiful and splendid capital of the revolution. 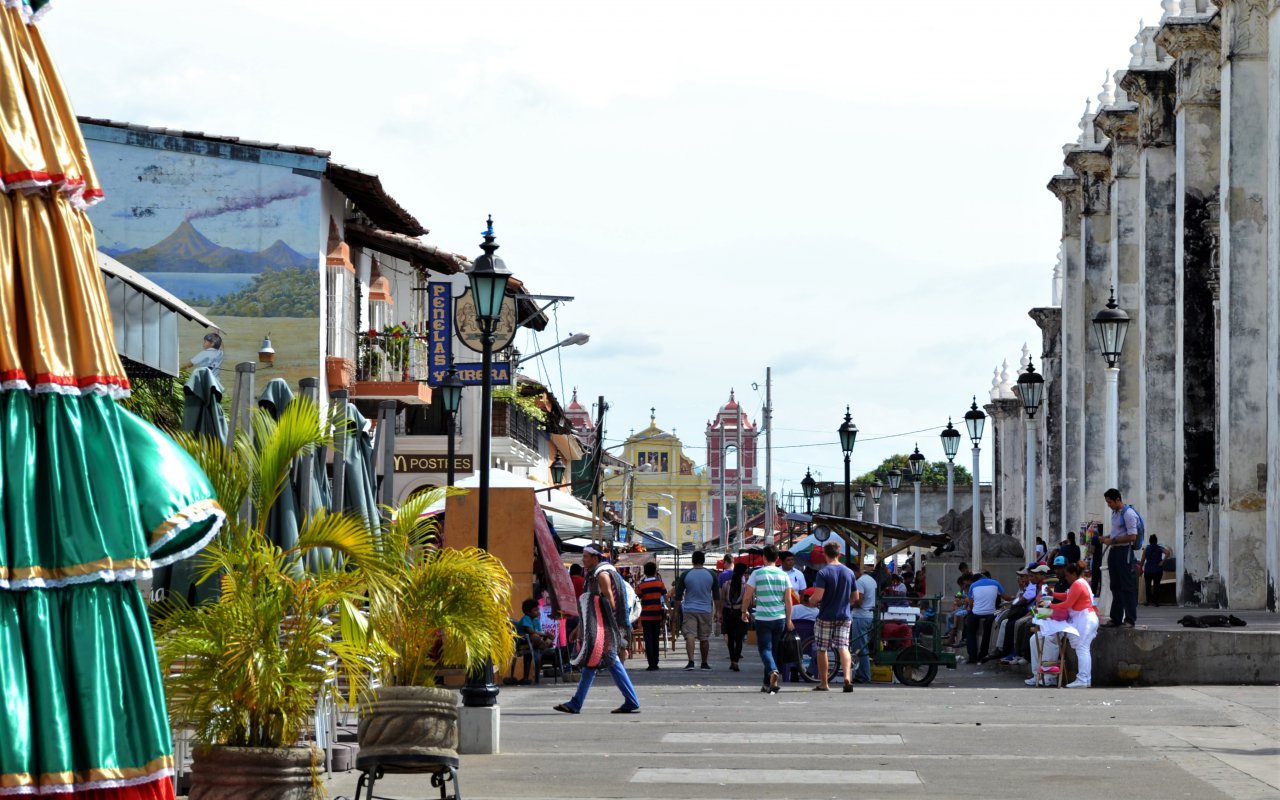 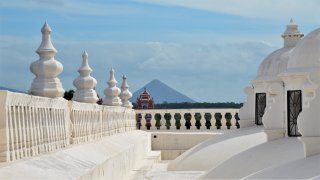