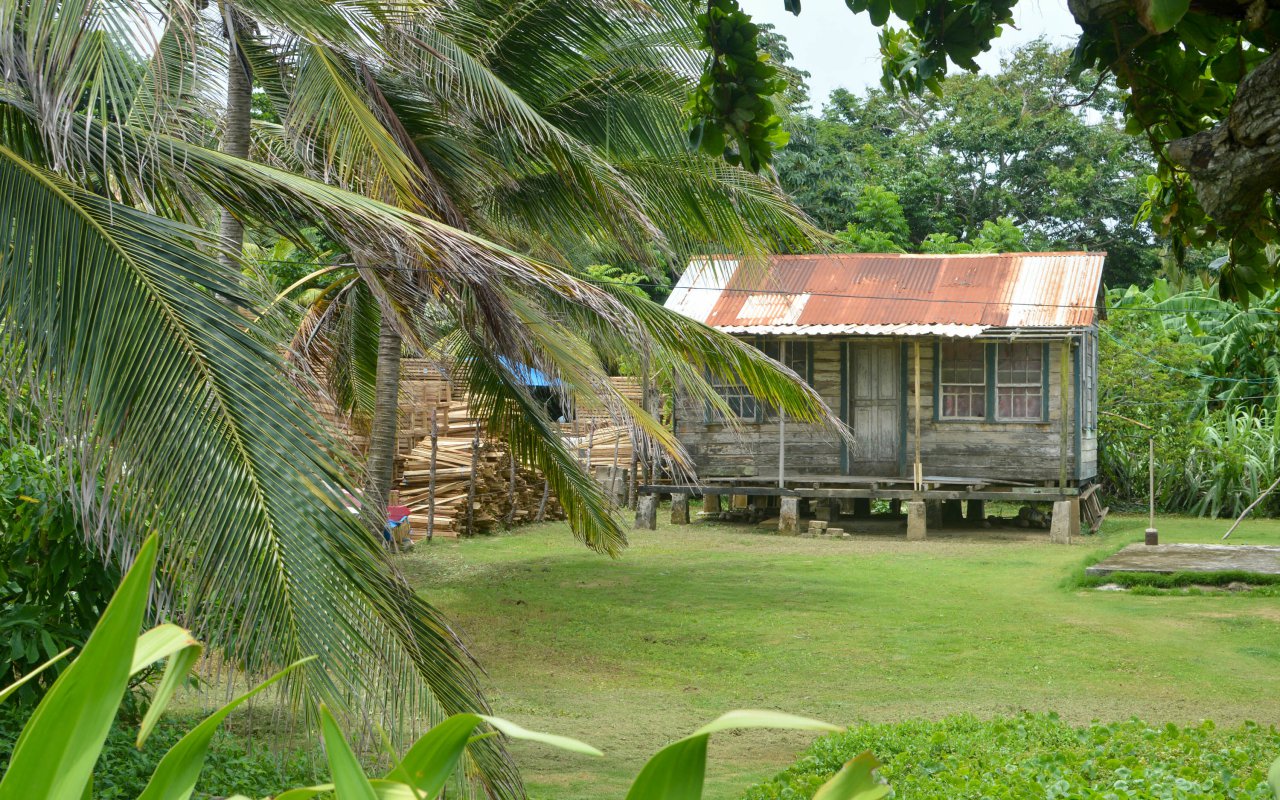 San Juan del Norte or also called San Juan de Nicaragua, at the mouth of the river of the same name, near the Indio Maiz Reserve, is a small village where several indigenous communities live together. No roads but canals and small rivers. Its remoteness, its difficult access and its backwardness of development make it a particular and original destination. The old ghostly foundations of a canal project from the end of the 19th century can be seen there. You are in the Caribbean. Lovers of rare aquatic species or fishing fans, you are at the right port. Also the locals have some great stories to tell. The village cemeteries have some expatriates, English, Americans and even a consul of the German Empire. This is to tell you about the territorial and imperial disputes that took place here. There are still some border tensions with neighboring Costa Rica.

San Juan del Norte : isolated city at the mouth of the Rio San Juan in the Caribbean

San Juan del Norte is an isolated city lost in the jungle, its communication routes are essentially waterways, rivers and streams that serve as roads. Jungle and small lakes are scattered throughout the territory. Different ethnic communities lived there and its center is not far from the ruins of the old city. It is green and humid, we are at the gates of the lush Indio Maíz Biosphere Reserve and at the mouth of the river.

Upon the arrival of the Spaniards, the foundation of the city was quite rapid, they named the new colony San Juan del Norte, mainly because of its geographical position in what they called “el mar del norte”, the northern seas of the Caribbean. Looking at maps today, we can see the mistakes of the conquistadores and their nautical charts of the time. 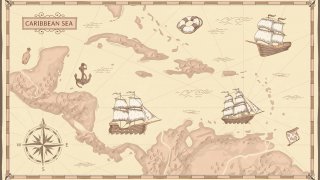 San Juan del Norte, a strategic place, quickly becomes a commercial city, many goods transit between the colonial cities of the country, the Caribbean islands and Spain, of course.

In the 19th century, San Juan del Norte and other cities were attacked by the English, who often made alliances with the indigenous people present in the area to attempt a coup and thus impose the British crown. Jamaica is not very far, the governor of the time even managed an expedition and the conquest of the city which was then called Greytown. In honor of Sir Grey, the English governor. Thus the city became rich thanks to the port activity of the newly British city, there was no coincidence, the prosperity coincided then with the gold rush, these clouds of prospectors and adventurers on their way to California. During this period flourished British consulates and commercial warehouses in the area. Banks and casinos had also taken root in this prosperous new city. An alignment of wooden houses, in a very British architectural style, constituted the main road of the city. It is at this moment that the idea of an inter-oceanic canal germinated in the heads of the businessmen of San Juan del Norte. Technically that seemed feasible, the channel would be much easier at this precise place of the river, the flow of this last one would allow this prowess. Connecting the Atlantic and the Pacific!

Of course, the San Juan River was an excellent means of natural transportation, a low-risk estuary despite large sandbanks, and the north of the mouth was a real gateway. In the 19th century, a construction of gigantic dredgers was quickly carried out, at the same time the Panama Canal was being completed. The project in San Juan del Norte slowly sank into the bay.

Greytown had lost its strategic role and deteriorated. At the end of 1980, in the midst of the civil war, it was the scene of a fierce battle between the contras and Sandinistas. All that remained was the cemetery and a few damaged buildings.

The population gradually returned, the reconstruction of the city was in the projects, even a few kilometers away. A few families rebuilt San Juan del Norte, which is still a remote point with only 900 inhabitants. 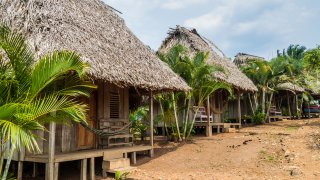 How to get to San Juan del Norte, Nicaragua ?

The only way to reach San Juan del Norte is by sea : 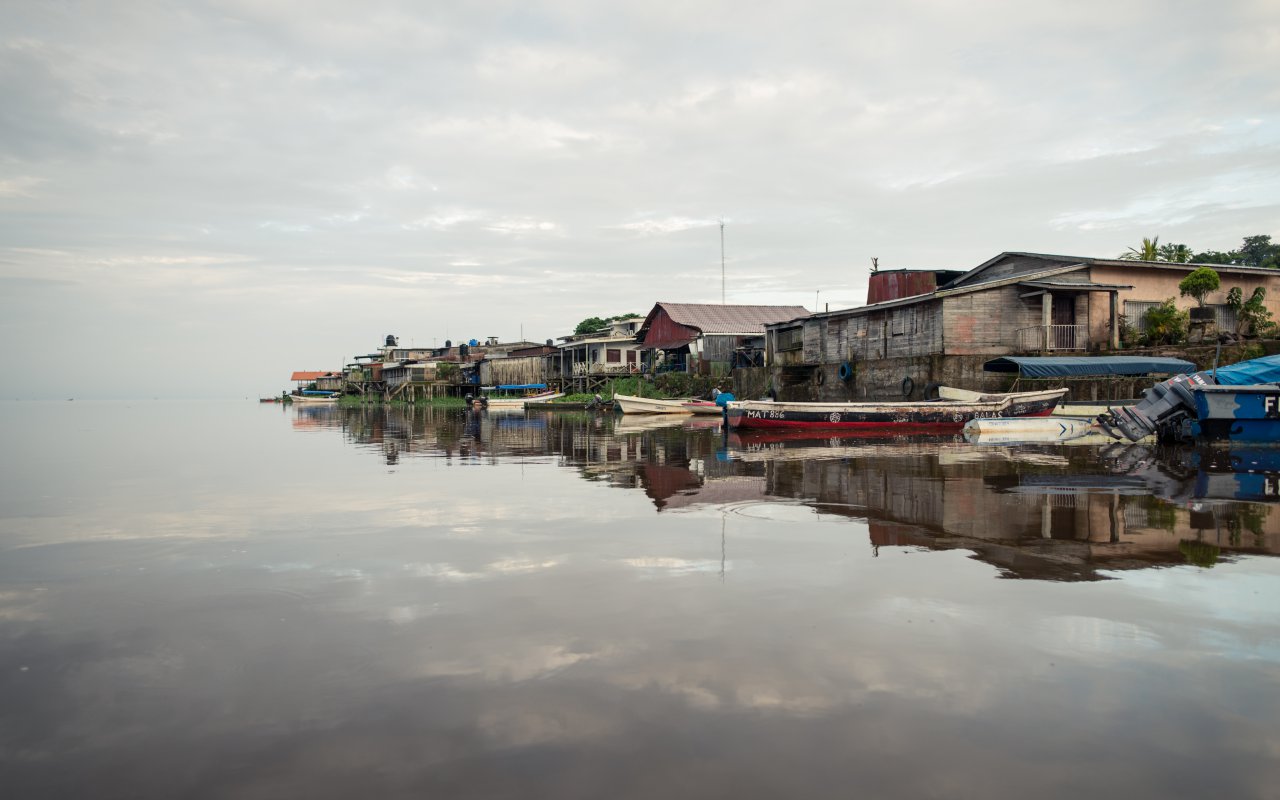