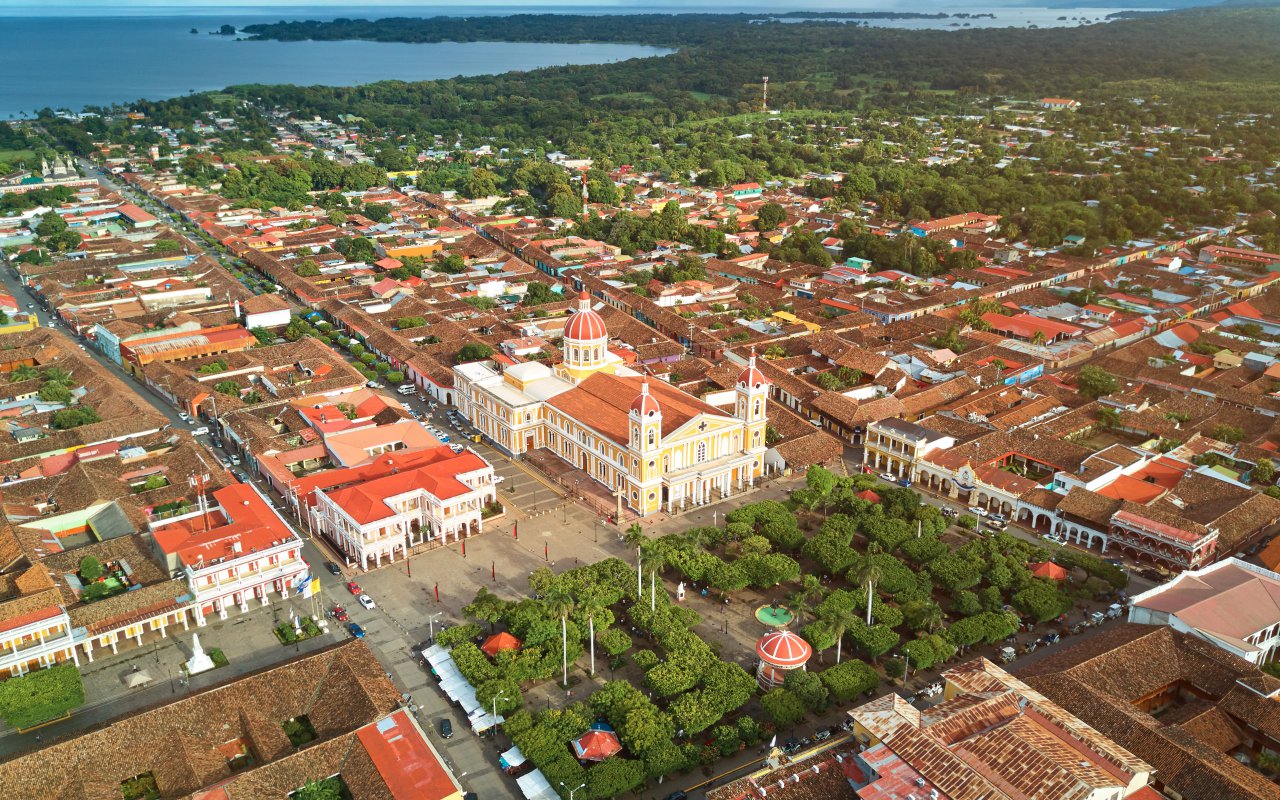 A must-see city in Nicaragua

The city of Granada is one of the most important tourist attractions in Nicaragua. Its rather striking colonial aspect is the proof of its history, it is the oldest city of the region. It is a must !

Many travelers start their trip there, and thus avoid a stay in neighboring Managua. The colonial architecture of its old center, its museums, galleries, parks, hotels and restaurants, and bars provide a cosmopolitan atmosphere and a special charm unique to the city.

Raise your eyes and you will come face to face with the Mombacho, a volcano that watches over the city of Granada from above. 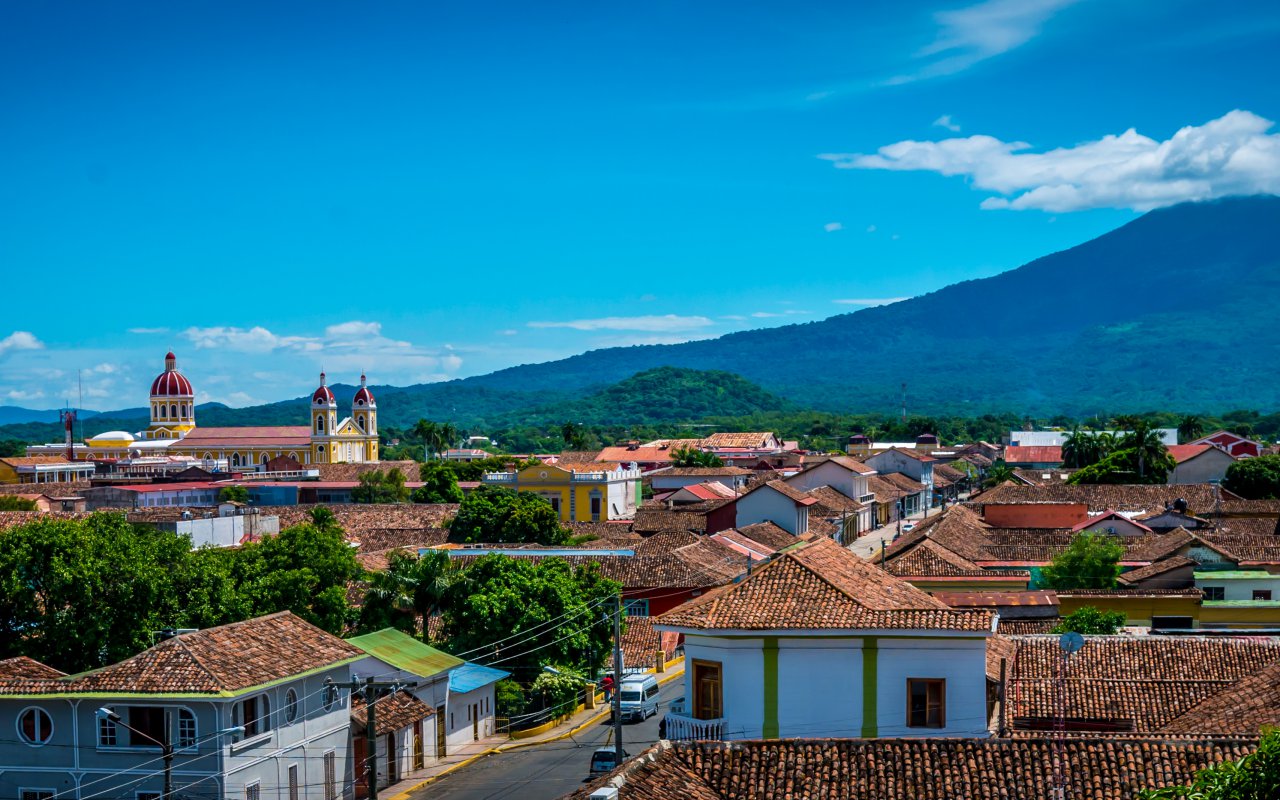 Granada is located in the southwestern zone of Nicaragua, 45 kilometers from the capital Managua. It is bordered by Nicaragua’s great lake, a freshwater lake called Cocibolca. Granada is the capital of the region divided into 4 municipalities: Granada, Diria, Diriomo, Nandaime. 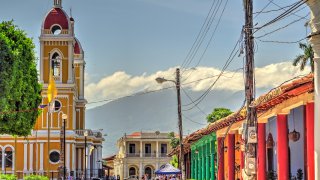 Walking in the great sultana, Granada, is a pleasure and guarantees you many local encounters.  110 000 inhabitants live in this dynamic, warm and colorful city. Its well-kept and bright houses, its markets, squares and churches will delight the most curious, count on the visit of some museums to perfume your stay with local culture.

In terms of climate, we are touching on tropicalism, some would say. It can be hot in Granada. And a little wet, the proximity of the lake is not for nothing. A little higher up, it will be cooler. Count then on rather hot temperatures (but much less than those of its rival Leon) during your walks in the city. The swimming pool or a dip in the lake are almost an excuse to brighten up the end of the day or to dress up at the end of the excursion.

The average temperature in Granada is between 25 and 28 degrees, we are more than 250 meters above sea level and it doesn’t rain more here than anywhere else in the country, so a rainy season is like a monsoon. The latter is less and less regular, due to climate change of course.

Granada, called La Grande Sultana, was founded in 1524 by the Spaniard Francisco Hernandez de Cordóbas. The city was built to become a center and central city of the region. It is one of the oldest colonial cities in Nicaragua along with Leon and one of the oldest cities on the American continent.

The city of Granada was named after the Spanish city and belonged then to the great Iberian Catholic kingdom. Not just a Spanish conquest or colony, Granada was inscribed in the official Spanish registers, those of the Crown of Aragon and Castile in Spain!

Historically, Granada is Antigua’s “sister” in Guatemala. At the time, the city was very dynamic with a very flourishing trade thanks to the openings that Granada offers to the ocean, via the lake. Prosperity and integration with the indigenous community were the adjectives describing this Spanish colony.

All this without counting on the many twists and turns of history that followed. Granada’s prosperity attracted settlers and conquistadores but also pirates and other privateers sent by competing European crowns. It was easy for them, via the access to the San Juan River on the Caribbean side, to quietly go up the rio and disembark to rub shoulders with the first forts protecting the access to the great sultana, Granada.

And how can we not evoke the story of this gringo freebooter, Walker, who was pursuing a crazy dream of unifying Central America and making it his own fiefdom. Unbelievable! William Walker was regularly stationed in Granada. At that time, after the independence of 1821, in 1856 to be precise, the city was an open cemetery. The great diseases imported by the travelers had taken over the mixed race community and the remains of the Spanish colony. The illuminated freebooter ordered the abandonment of the city and its destruction! Mercenaries and other outlaws were sent on the ground. Half of Granada went up in flames, the inhabitants fleeing to Ometepe, among others. The arsonists had engraved the words “here was Granada” on the last smoking stones of the city.

And yet, Granada is and will remain the Great Sultana, fighting with its neighbor Leon for the position of Capital of the country. The conservatives preferred it while the liberals were further north, in León. It was finally decided in 1858 that Managua would be the capital! And this put an end to the quarrels between the two colonial cities.

This did not prevent Granada from being the scene of confrontation during the conflicts that Nicaragua went through during the second half of the 20th century, although it was relatively spared during the Sandinista revolution of the 70s and 80s.

What to do in and around Granada?

The city of Granada is a colonial jewel that you can discover on foot. Here are some places where you can stop : 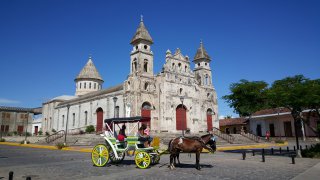 Antiguo Convento San Francisco, founded in 1529 under the name of the Immaculate Conception by Brother Toribio de Benavente of the Franciscan Order. Today it is a museum. You will see images of Granada from 1940-1980 with a model of the historical center of the city, primitive paintings and archaeological pieces.

Xalteva Church, the city of Granada was built around this church whose original wall that separated the Spanish quarter from the indigenous quarter can still be seen.

The Cathedral, in neoclassical style, it is located in the central park of Granada. After being erected in 1583, it was destroyed and rebuilt several times.

Parque Colón, the central park of the city of Granada, is the ideal place to rest on a bench in the shade of the palm trees, drink a batido, fresh fruit juice, and take the time to observe the passers-by and shopkeepers.

The Fort de la Pólvora, a fortress built in 1748 as a gunpowder reserve and later as a prison to defend itself against pirates.

Mi Museo, in a beautiful colonial house, this museum presents a private collection of pre-Columbian ceramics, certainly the most beautiful in the country. 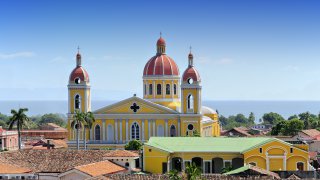 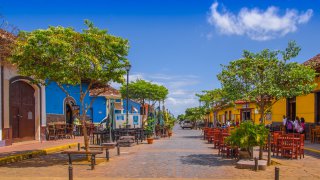 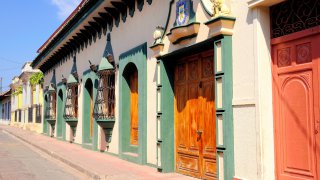 In the surroundings of Granada, a few kilometers away, you can go on a daily excursion to discover different exceptional sites, here are some of them : 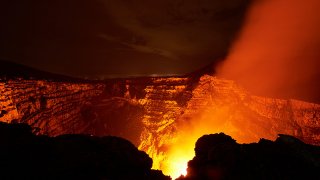 A hike on the Mombacho volcano

The Mombacho volcano is one of the best known volcanoes in Nicaragua, not only because of its proximity to Granada, 10 km away, but especially for the infrastructure and the surprises it offers.

From up there, the view of the lake, the city of Granada and its Isletas is incredible!

The Mombacho culminates at an altitude of 1,345 meters and has 4 craters, all covered by the bosque humedo. This particular wetland is rare to observe so close to the Pacific. It is also possible to see this phenomenon on the Maderas volcano in Ometepe.

The fauna and flora present on the Mombacho volcano are rich. Nearly 150 species of orchids, 50 types of mammals and 120 species of butterflies have been recorded there.

A coffee finca has planted its plants on the side of the volcano and a nearby community even produces chocolate!

The Mombacho volcano is an inevitable passage if you go through Granada.

Different trails more or less difficult are proposed to discover the natural reserve of Mombacho: 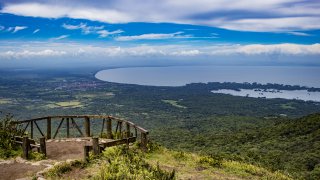 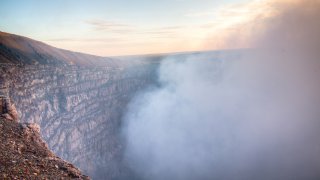 The Isletas of Granada

When the Mombacho volcano erupted a long, long time ago, huge rocks were spit into the lake, according to the elders. The famous 365 islets of Lake Nicaragua would be the result of this explosion.

These isletas have different sizes and shapes, from a hundred square meters to a hectare. A large number of thousands of people live there, living alongside the incredible variety of animals and many species present on these islets. Go and discover them by letting you sail along the water, in a calm environment… 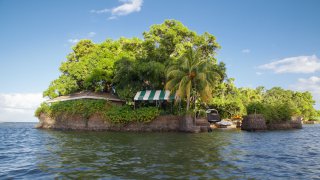 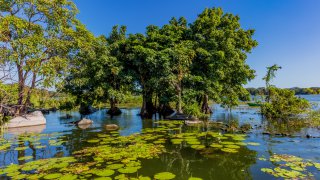 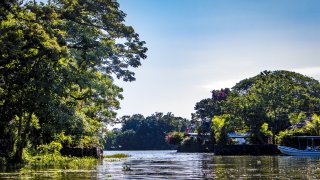 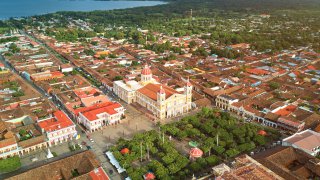