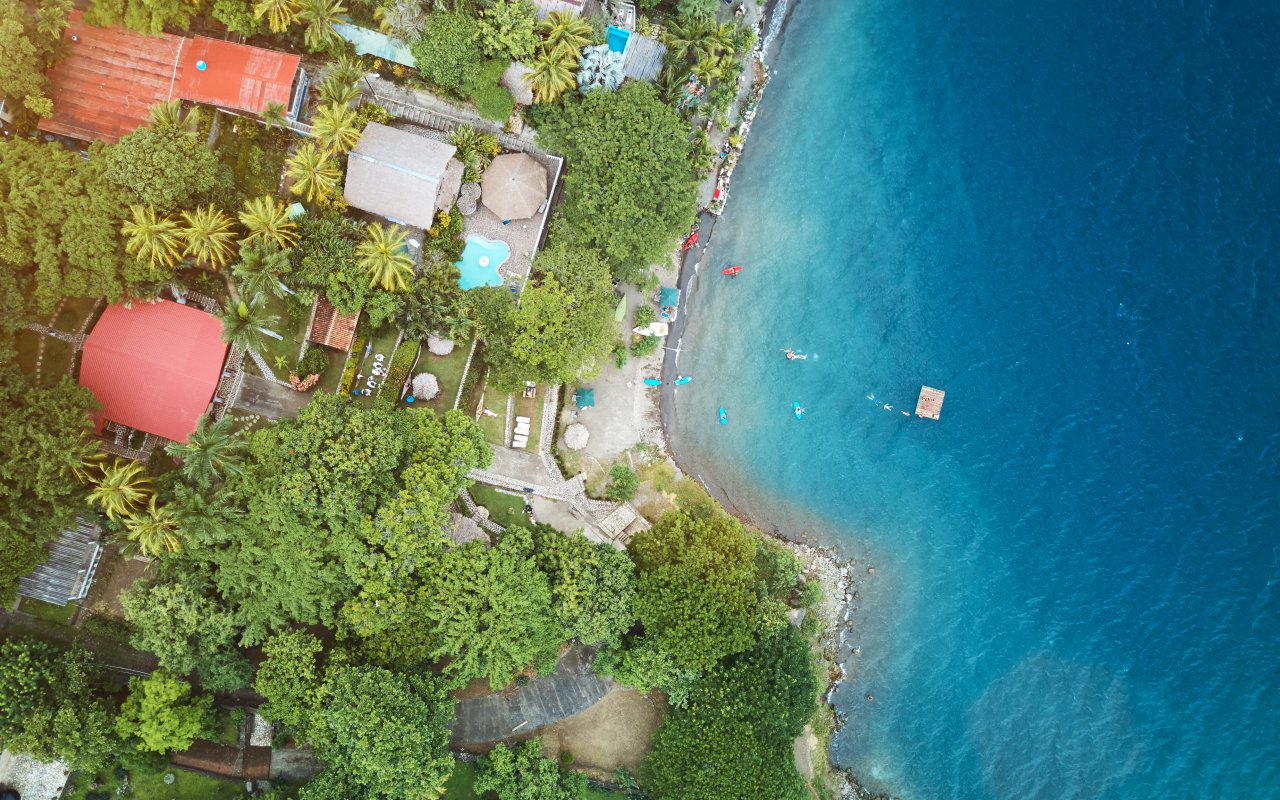 The department of Masaya is one of the most charming regions of Nicaragua. Traditionally, houses were built with whitewashed walls and thatched roofs. Hence the nickname Los Pueblos Blancos, the white villages. Many families of craftsmen, coffee producers and merchants have lived here for centuries.

From the viewpoint of the village of Catarina, you can enjoy the magnificent panorama of the Laguna de Apoyo, this freshwater lake in a volcano crater, before going for a swim.

Catarina and its viewpoint

As in the whole department, the population of Catarina originally comes from families descended from the Dirianes.

Customs and traditions are important here. The city mainly celebrates two saints : Santa Catalina, patron saint of the city, on November 25 and San Silvestre on December 31; celebrations in which many colorful and musical processions take place in the main streets of the city.

Catarina is a neighboring village of Masaya (the city, not the volcano!) located on the highest hill near Apoyo. The clear ridge on the Laguna de Apoyo makes its reputation. 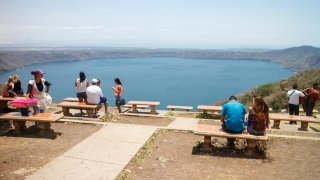 Its viewpoint offers a superb view of this ancient volcano crater filled with fresh water as well as the Mombacho volcano, the rooftops of the city of Granada and Lake Nicaragua a little further away when the sky is clear.

On the road to the viewpoint, you will pass through the village and its many craft stores, antique stores, nurseries and florists. It is indeed in this quiet, fresh and small town that you will find the largest number of nurseries in the country. What a pleasure to stroll around ! 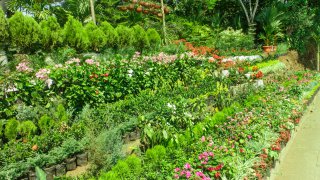 San Juan de Oriente is located south of Catarina, not far from the roundabout of Las Fores, on the road to Masaya, 40 kilometers from Managua and only a short distance from the nature reserve of the Laguna de Apoyo.

San Juan de Oriente has its reputation in the region, a reputation of fine and brilliant potters. Also known as San Juan de los Platos, you will find in all the streets of this village stores and craft workshops where beautiful pieces and objects, decorative or utilitarian, made of ceramics and other dried earthenware are produced. It is Nicaraguan handicrafts, refined and often colorful. The great amateurs will find some pieces to slip into their suitcases. 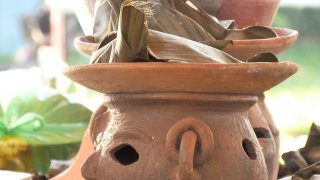 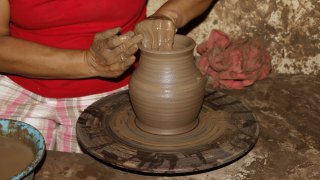 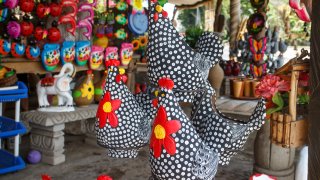 Very close to the Pacific, in the middle of the chain of volcanoes that crosses the country from north to south, located between the Mombacho volcano and the Masaya volcano, is a large and wide crater, an inverted cone filled with fresh water, the Laguna de Apoyo !

The crater dates back to more than 20,000 years ago following an explosion that left behind a hole six kilometers in diameter. Ground water and rain did the job, the water remained there forming the lagoon. The volcano is still dormant, only a few fumaroles are still observed.

The water of the lagoon is clear, clean and quite deep and is maintained at a temperature around 28ºC throughout the year.

The beauty of the site lies above all in its setting, a natural beauty, an incredible abundance of fauna and flora, a “wooded” ring that covers the crest of the old volcano transformed into a lake. The climate is particular, humid and green! 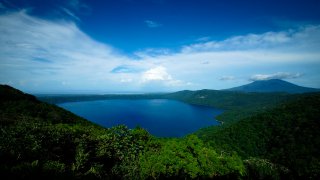 The Apoyo forests are home to many species of plants and trees typical of the dry tropics, such as Pochote, Ñambar, Mahogany, Zapote and Guacuco, as well as a diversity of animals from the mammal family (possums, anteaters, howler and white-faced monkeys), reptiles (iguanas, boas) and birds (peregrine falcons, migratory birds, oropendoles, butterflies). 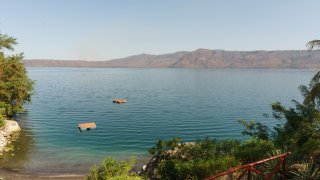 The existing tourist infrastructures offer various activities in or on the waters of the lagoon but also in the wooded surroundings. You will be able to take advantage for the day of the hotels’ private beaches, of sand and pebbles, to relax and swim.

In the clear waters, which are getting deeper and deeper, you can snorkel or dive. The underwater life is not spectacular, but you can still observe groups of small fish. If you prefer to stay on the surface, many hotels provide kayaks, stand-up paddles or pedal boats. For nature lovers, you can go hiking in the Apoyo forests on the slopes of the crater, accompanied by a local guide, and observe the surrounding flora and fauna.

The site was declared Natural Reserve in 1991 and thus protected. The place is preserved, the constructions are limited, the access remains a bit rural and the opportunities to jump in the water are numerous!

How to get to the Laguna de Apoyo?

Approximately 30 minutes by car from the city of Granada, you can easily reach the Laguna de Apoyo Nature Reserve through one of the two main entrances, one on the Masaya-Granada road and the other on the Masaya-Catarina road. 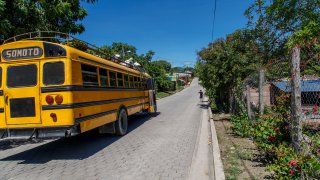 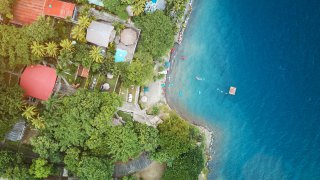