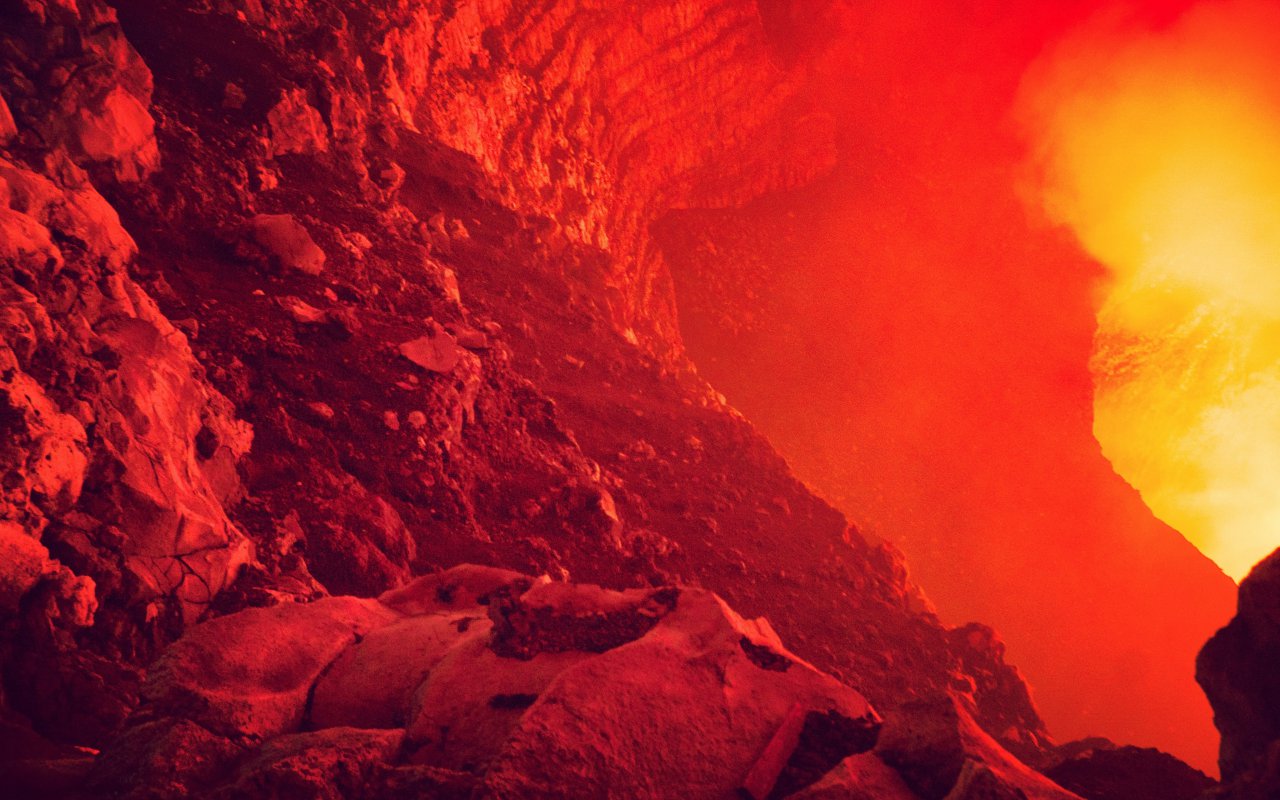 Masaya: the city, the volcano and its handicrafts

Considered a small town, the Masaya region is still one of the most populated in Nicaragua. Its proximity to the capital Managua and the city of Granada are surely the reason for this. The region of Masaya is rich and attractive because of its culture, its products, its markets which have their own reputations (read below) but also because of its two incredible natural sites: the Laguna de Apoyo and the Masaya volcano (read below). 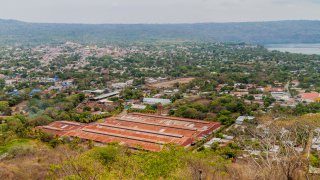 Located between the cities of Managua and Granada, the department of Masaya is composed of 9 municipalities that are : Tisma, Masaya, Nindirí, La Concepción, Masatepe, Nandasmo, Niquinohomo, Catarina and San Juan de Oriente.

The climate of this region is semi-humid, it is called tropical savannah. The temperature remains throughout the year around 27ºC. This mild climate favors the natural habitat of certain species. We will find in this region many animals ranging from squirrels to deer, from howler monkeys to rare birds. However, there is no forest as such in the region but splendid islands of well hidden greenery, small groves, bits of dry tropical forests that cover the surroundings of Masaya.

Granada, León and Managua! All temporary or eternal capitals of Nicaragua. And let’s not forget Masaya! In 1845, Masaya became the capital of the country for 10 years.

Masaya is known to be the base of large indigenous community neighborhoods. The lagoon of Masaya was at that time home to one of the largest chieftainships of the region, the dirianes. The inhabitants of the region have always fought and always refused to submit to the Spaniards first, then to the conquistador William Walker in 1856, or to the Somoza regime in the 1970s. Even today, one can still feel a strong culture where the inhabitants are in perpetual struggle to preserve their indigenous traditions and customs.

Culture and traditions have, as you can see, an important place in Masaya. The region is designated as the capital of “folklore” and cultural heritage of Nicaragua. Between music, traditions, dances, poetry, sculptures and local legends, Masaya is a Nicaraguan city, not very touristy and yet very interesting to visit. 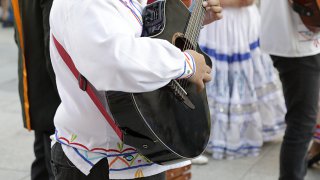 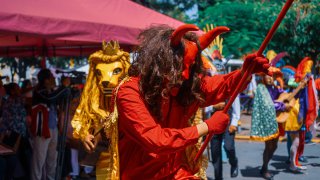 With luck, you will attend some typical processions. As in León or Granada, Holy Week (late March/early April) is an important time for the Catholic population. Processions take place in all the streets of the city. In September the patron saint of the city of Masaya, San Jeronimo, is celebrated with folk dances.

As in some Central American countries, the dead in Masaya are buried with a special ceremony. Don’t be surprised to see splendid carriages pulled by dressed horses that give the procession and the tribute to the deceased an air of celebrity and mysticism. This is far from being folklore and is simply a sign that traditional practices continue here. 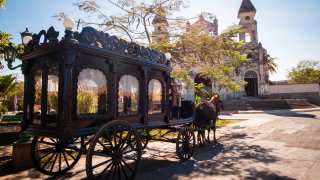 What to do in and around Masaya?

The center of Masaya is not very big, you can walk through the streets of the town, enjoy the calm and serene atmosphere, enter the churches and go to the handicraft market located inside an old fort a few steps from the central park.

The surroundings of the city offer more possibilities, so you can visit the following sites: 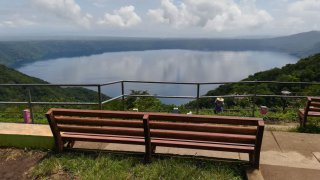 Masaya’s famous handicraft market is “the place to be” for lovers of local handicrafts or simple travelers looking for a souvenir. Its fortified enclosure attracts the eye and invites you to pass through its large open doors. Numerous stalls and juice bars offer themselves to you, as well as a folklore show if you are lucky.

The craft market of Masaya, el mercado de artesanias, is a perfect place to find some folk gifts or charms. But you still have to find it!  There are 2 famous markets in Masaya. The first one, the artisanal one which is the most known, and the central market. From the central park, it will be easy for you to ask for the road, 1 cuadra al este, and you will recognize its wall and its fortified perimeter. 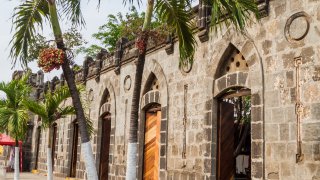 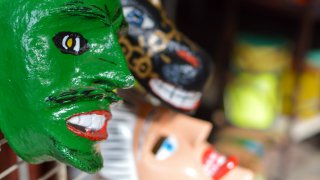 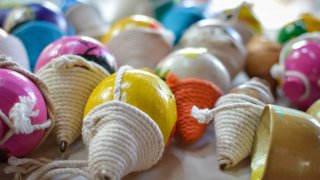 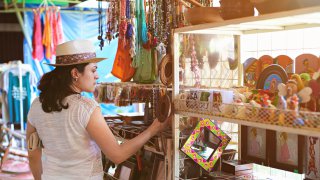 Located on the road between the capital Managua and the city of Masaya, the Masaya Volcano National Park is the most popular and recognized site in Nicaragua.

Covering an area of 54 km², the park includes two volcanoes and five craters. In the past, the successive eruptions of the volcanoes drove away the local populations and Spanish colonizers who had nicknamed the volcano Masaya La Boca del Infierno. 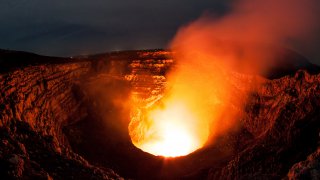 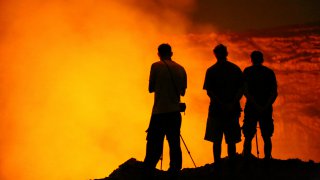 The main crater of the park, Santiago Crater, 638 meters high, is accessible by car via an asphalt road to observe its lake of incandescent lava. It is one of the few places in the world where this phenomenon can be seen and certainly the only one so easily accessible.

What an incredible opportunity you have here to approach a crater and its surroundings from so close, just a few meters away !

Every day of the week, the Masaya Volcano National Park opens its doors. During the day, you will discover the specific flora and fauna that have developed there by adapting to the ground strewn with volcanic stones. You can see, among others, coyotes, skunks, raccoons, possums, iguanas, deer and monkeys. Also the hiking trails offer beautiful walks to the various craters of the park as well as to the Tzinaconostoc cave where hundreds of bat nests are found. Near the picnic area, a museum allows visitors to obtain some basic information on the history of human occupation of the region, its geology, the structure and nature of the park and the nearby volcanoes. 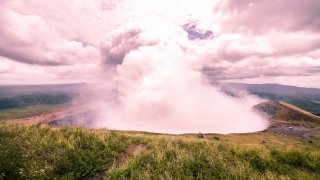 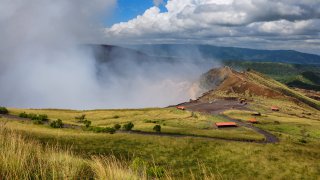 At night, the main attraction of the park is the observation of the lava lake of the Santiago crater, also visible by day but less impressively. As you approach the rim, you will observe, listen and feel the movements of this incandescent lava that gushes from the depths.The visit is limited to 15-20 minutes due, among other things, to the gases emitted by the volcano. 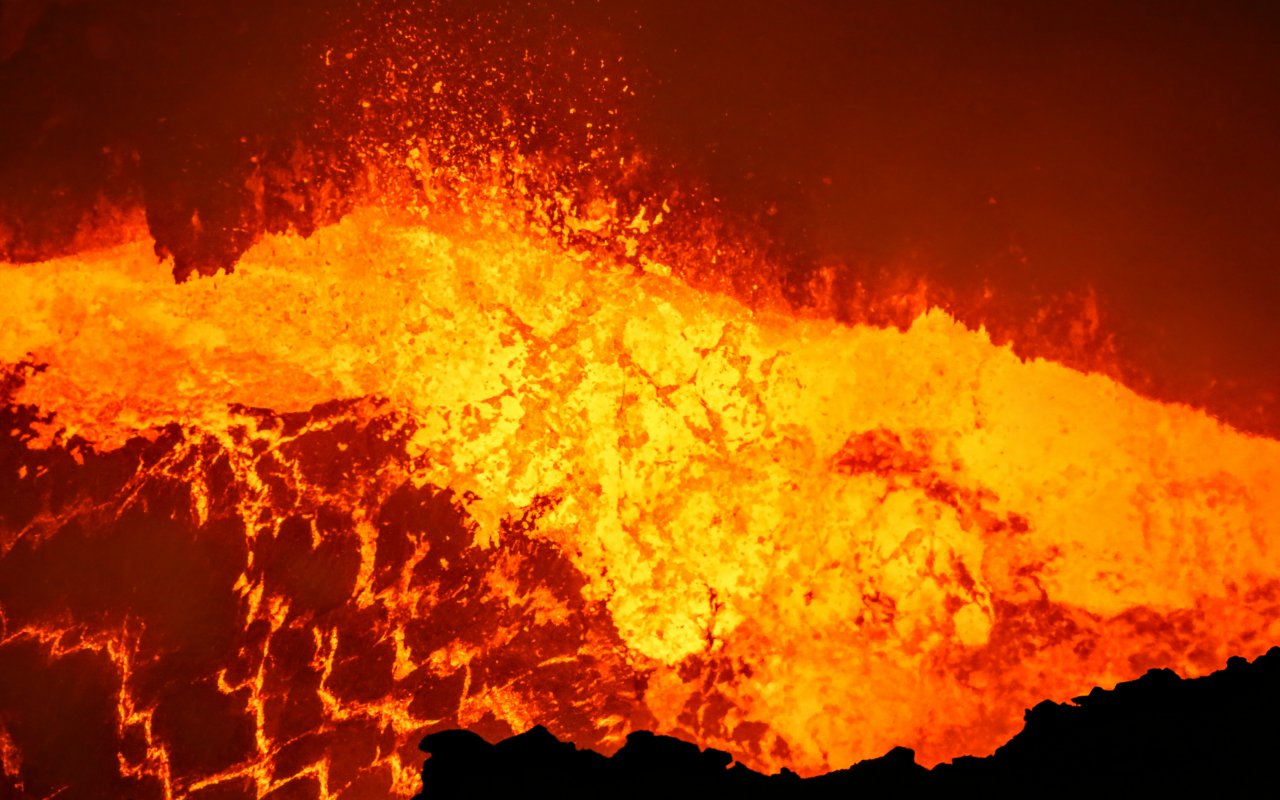 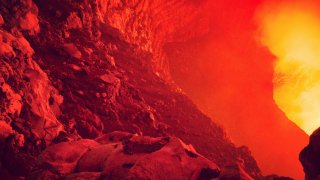