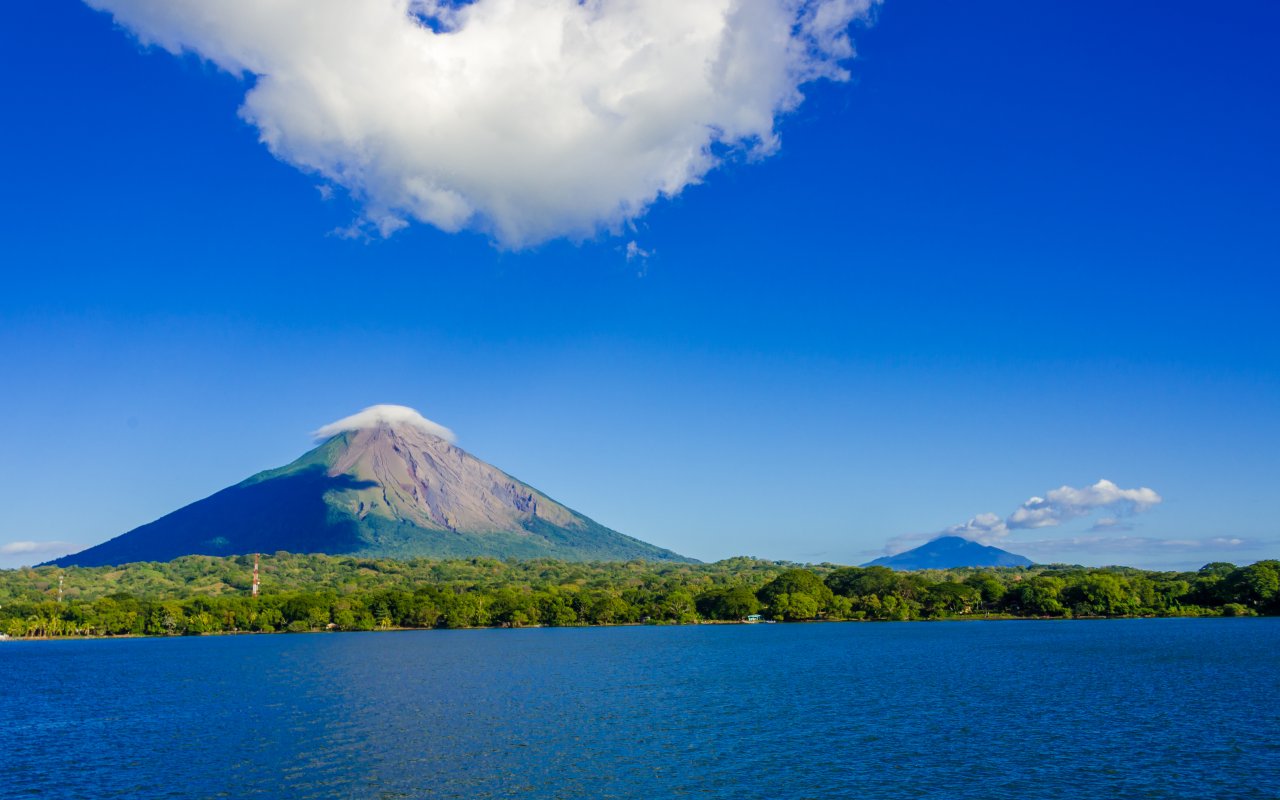 From the colorful Pacific and Caribbean coasts straight out of a postcard to the more humid forest colors in center of the country, Nicaragua offers travelers a variety of landscapes!

The Pacific and Caribbean coasts of Nicaragua are coastal plains at sea level. In the South, on the border with Costa Rica, you’ll find swampland. Landscapes gradually increase in height towards the central range of the country. The central lands of Nicaragua are at an average altitude of 600 meters!

Here you’ll find the Maribios mountain range, a chain of volcanoes that cross the plains on the edge of the Pacific Ocean to the Xolotlan lagoon on the outskirts of Managua. The San Cristobal cordillera rises up to 1700 meters above sea level!

The highest point in Nicaragua is Mount Mogoton, at 2,450m. It is part of the second highest mountain range in the country: the Cordillera Isabelia. These mountains are located on the border between Honduras and Nicaragua, where the land is higher and cooler.

In Nicaragua there are more than twenty volcanoes attributed to the country’s unique geographical location: the center of the volcanic arc of Central Americay in the Pacific Ring of Fire.

Except for two of them, all are located on a line parallel to the Pacific Ocean, on the west coast, stretching from the border with Honduras to the border with Costa Rica. To the northwest, you’ll find the Gulf of Fonseca, a natural boarder between Honduras, El Salvador and Nicaragua, dominated by the remains of the Cosigüina volcano (872m). Formerly 4,376m high, after one of its most violent eruptions in 1835, it fell to 845m. Today the crater of the volcano shelters a lagoon.

In the south, between Chinandega and León you’ll find the 60km long Maribios mountain range, perfect for exploring:

Between the cities of Masaya and Granada are other volcanoes, geographically close but with completely opposite environments : 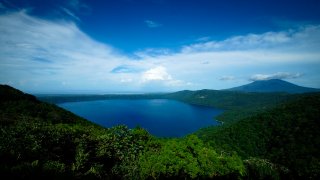 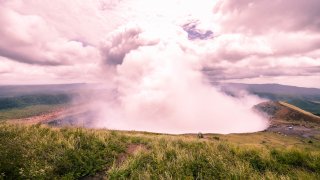 In the middle of Lake Nicaragua is the island of Ometepe, an island formed by two volcanoes :

From the Pacific coast and the Caribbean coast, there are many places to swim and marvel at!

The west coast of Nicaragua is bordered by the Pacific Ocean, where black sand beaches are and waves will amaze you. The coast is famous for surfing!

Its beaches are famous for the gradation of colors offered by its sand. In the North, near León on the beaches of Poneloya or Las Peñitas, the sand is black because of the many volcanoes around. A little further south, on less frequented beaches like La Boquita or Las Salinas, the sand is lighter. 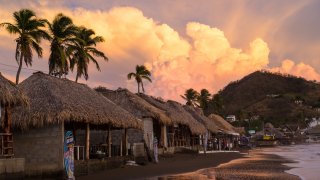 Although it is known as the most prominent place on the Pacific coast, San Juan Del Sur, nestled in a bay, has kept its soul as a fishing village. To the south and north of San Juan del Sur there are wonderful beaches for relaxing and surfing.

Among the most beautiful of Nicaragua’s beaches are Playa Hermosa, Playa Madera, Playa Majagual, and Playa Marcela.

On the Caribbean side, the coast is much less populated and the beaches are a postcard setting: white sand, crystal clear turquoise waters and dozens of coconuts. From North to South, you can be tempted by the villages with English sounding names names and where the Moskitos people live.

Stop in Bluefields to see the city and then take another stop at the Pearl Keys Lagoon for a heavenly ambience.

Or escape to the Corn Islands. The largest, Big Corn Island is located 75km from the mainland, and the smaller one an hour’s boat ride further offshore. 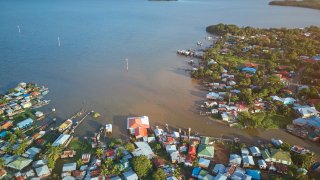 On Little Corn Island, there are no cars. Only the sound of the waves, the wind in the coconut trees, and the warmth of the sun on your skin. The green of the palm trees, the white of the sand and the blue of the water, a trio of colors that makes you travel. Here, there’s time to get bored! There’s no lack of activities: scuba diving, snorkeling, wildlife observation, rum tasting, lobster barbecue…

In Nicaragua, natural areas represent an area of almost 6 million hectares, or nearly 30% of the country’s total surface area! This estimated figure includes the forest landscape, which is composed mainly of tropical, humid or dry forest and mangrove swamps. In total, Nicaragua has 71 protected reserves, which account for 17% of the territory (2.2 million hectares).
The two most emblematic reserves in Nicaragua are the Indio Maiz Biological Reserve on the rio San Juan, and the Bosawas Biodiversity Reserve.

Nicaragua has other reserves : 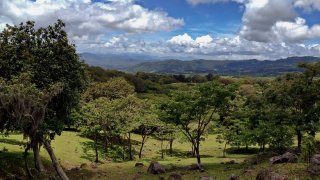 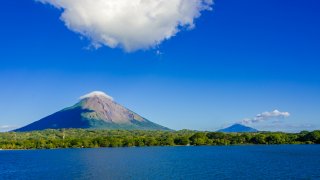