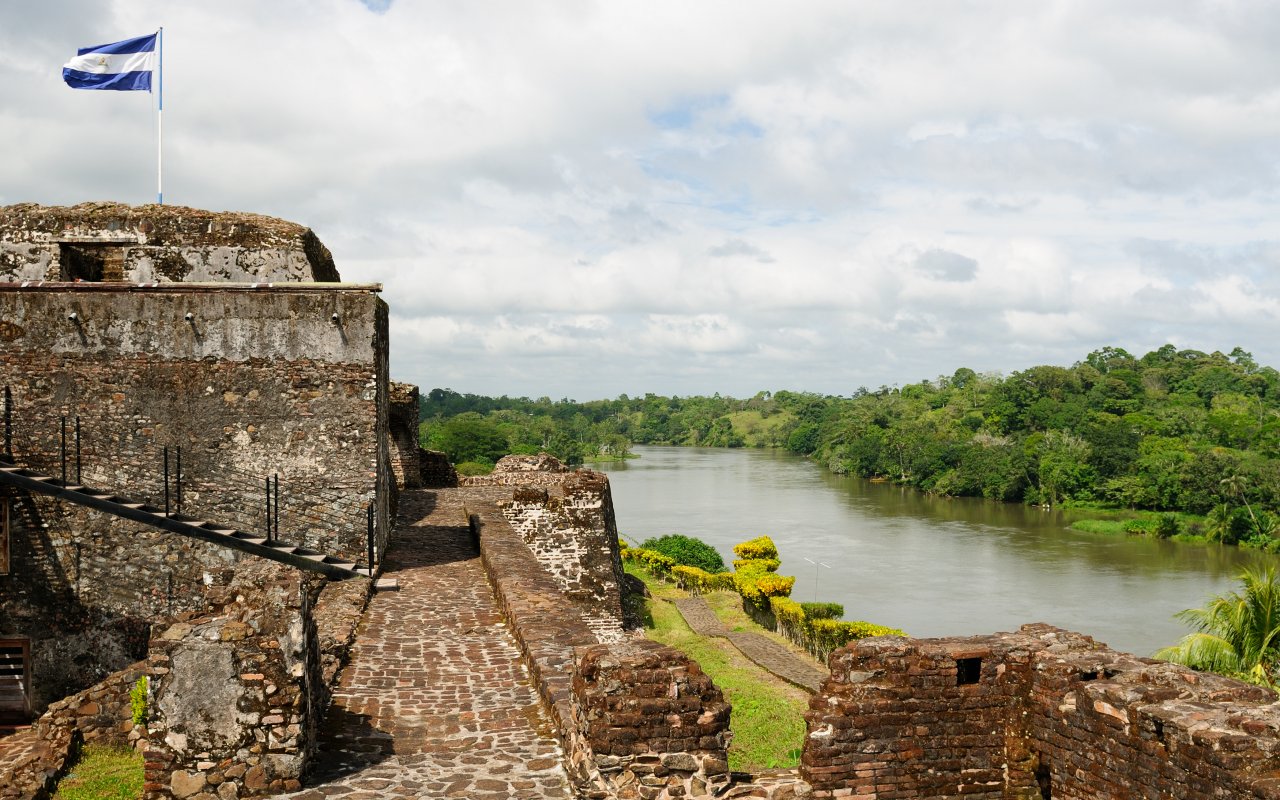 The History of Nicaragua

According to historians, Nicaragua has been inhabited for more than 10,000 years. It’s modern history, however, doesn’t begin until 1500, when the country was colonized by Davila, a Spaniard who accompanied Christopher Columbus on his travels.

The territory belonged then to the powerful Nicarao, who gave their name to the country. Nicaragua means “land between the lake and the Pacific Ocean”.

On their search for Gold and treasures as found in Peru, the Spanish found themselves blocked by heavy jungles and a local population resistant to their colonization efforts. In the end, blocked by Bosawas Reserve in the North of the country and that of Indio Maiz in the South, the Spanish find neither gold nor silver.

The city of Granada was founded by Francisco Hernandez de Córdoba in 1524, and today remains the last colonial city in Central America on its original construction site. Until the 19th century, the sociopolitical situation was mainly marked by the growing rivalry between León, the liberal capital, and its neighbor Granada, the more conservative capital, and a privileged target for pirates in search of treasures.

In 1821, following the example of neighboring countries, Nicaragua proclaimed its independence from Spain and joined the coalition of Central American countries: Guatemala, Honduras, El Salvador and Costa Rica.

Political rivalries between Granada and León persisted, resulting in a civil war. The Federal State, located in Guatemala, led the pacification process. However, stability lasted only for a short time. The country saw a large number of presidents in short succession.

In the 1850s, William Walker, an American mercenary invaded the country with the support of local liberals and troops formed on the run. He proclaimed himself president in 1856 with the goal of making Nicaragua a slave republic and taking control of Mexico and all of Central America. He only managed to control the country for a short time before he was ousted in a national war of liberation. During his second attempt in 1860, he was executed.

The liberals remained in power from 1900 until 1912, under the leadership of the nationalist José Santos Zelaya, who refused American chaperoning. Nevertheless, the United States sent troops of Marines to maintain order. In 1927 that General Augusto César Sandino and 3,000 men put up a popular resistance to US interventionism.

Nicaragua enters a civil war with demands for total independence, led by General Sandino. It was only a few years later that the Americans, unable to calm this national unrest, agreed to negotiate with the Sandinistas, granting them some concessions in exchange for the seizure of power by Anastasio Somoza Garcia in 1933. Fooled by the Americans, General Sandino was later assassinated by the National Guard, and General Somoza took power for several decades, resulting in a veritable dictatorship that would reign for more than 40 years. It was not until the 1960s that the Sandinista National Liberation Front (FSLN) began to regain importance in the political landscape. The 1979 revolution saw the Somoza dictatorship fall to the power of the Sandinistas.

The 1960s saw the restoration of order in Nicaragua and a national fight for improving the country. The FSLN (Sandinista National Liberation Front) was kept in order by 12 intellectual and political personalities, earning them the nickname “Los doce”. Their government was initially a revolutionary government led by institutions created to restore national order.

Major communist political campaigns aimed at making the population literate. The country began to slowly recover from its years of suffering.

The 1980s saw a slow and difficult road to civil peace, as the US sought to maintain its influence through the creation of a movement called “contra revolucionarios” (counter-revolutionaries).

After the fall of Somoza in 1979, a government of national reconciliation was put in place by some of the country’s leading intellectuals, including two future presidents: Daniel Ortega and Violeta Barrios de Chamorro.

Daniel Ortega, the Sandinista, was elected with 63% of the votes in 1984 for his first term. The Americans decide to stop their financial aid and trigger a trade embargo. Negotiations between the “contras” and Sandinistas finally succeed and a new constitution was born in 1987.

After Ortega, Chamorro and his more liberal “contras” party ruled the country. In 2007, Sandinist Daniel Ortega returned to power, stayed there and is still there today.

Until 1990, the country was home to a guerilla warfare that prevented tourism. Since the 2000s, the country has been “democratized” and has acquired more than adequate infrastructures. However, the protests of 2018 have shaken the country. Indeed, a majority of Nicaraguans wanted the current president, who is in his third term, to leave the country and install a regime considered relatively authoritarian. 1 year later, the situation has calmed down, the government and Ortega’s positions have not changed but country has regained relative stability. Nicaragua patiently waits for November 2021 elections.

Long considered the safest country in Central America, Nicaragua remains one of the poorest countries in the region. Its complex history and the many twists and turns of events that have taken place give the country all the character it is known for.

With a little common sense and organization, this is a safe travel destination where you’ll have an incredible stay.